I've managed to whip up a Role virtual table top character template for Laser-Ritter that can accommodate every mechanic presently in the game! 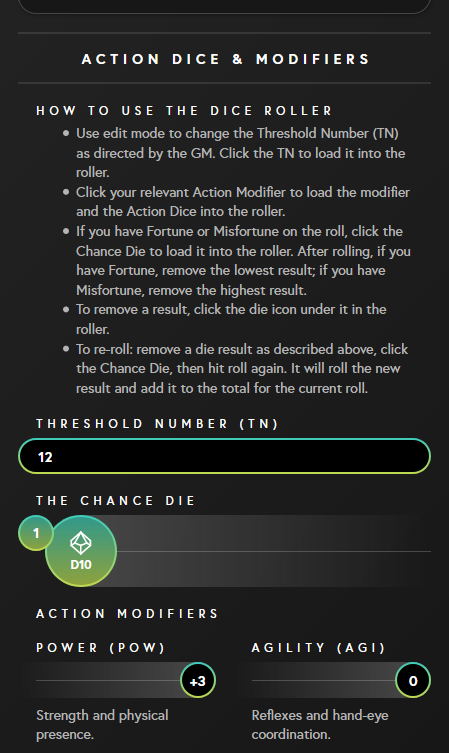 It took some figuring out, but it turns out removing results and single-die re-rolling was already an implemented feature on the Role platform, which makes applying Fortune, Misfortune, and Pathos re-rolls a breeze.

You can find the template on Laser-Ritter's main itch page or grab it directly here.

I'm looking forward to kicking the tires on using Role to play a campaign myself. I'm conducting a playtest over Roll20 at the moment, and it works, but it's very much a duct tape and bubblegum job to make everything work.