Help this tragedy reach its goal

Darker Malleus is an analog adventure game for 2 to 5 players about a band of righteous hunters on a journey to pursue and defeat a champion of the Adversary. Along the way they'll test their mettle and virtue against violence, duplicity, and temptation. In the end, they'll discover that Evil is not so wicked and the Creator is not so good. We play to find out if they'll triumph over the Devil anyway or join the ranks of the Adversary's champions.

The Rules in Short

Every Hunter has the seed of Hatred burning in their heart. This Hatred has a value that goes up to 10. Depending on the Hunter's Lifepath, their Hatred starts at 4, 5, or 6.

When a Hunter acts on the world, or is acted on in kind, and we're not sure of the result, we roll a ten-sided die (d10) and read its result as 0 through 9.

A Hunter facing failure may declare "Not today, Satan!" to overcome their weakness, but doing so increases their Hatred.

A Hunter who, in their weakness, indulges their temptation, increases their Hatred.

If a Hunter's Hatred reaches 10, their heart breaks and they fall to Evil, becoming one of the Adversary's champions.

"Darker Malleus oozes theme. Simply use the game's terminology and you can't help but fall into character." --Eli Kurtz of Mythic Gazetteer.

Darker Malleus is the product of an unsuccessful Kickstarter. While the game itself is text complete, it presently lacks certain intended amenities. Chiefly, only one of the five original illustrations by Felix Miall have been paid for and completed. As we continue to raise funds through sales of the digital edition, we will finish the game as originally intended.

Witness the Origin of Darkness

Darker Malleus is built from the bones of one-page, two-player game called Dark Malleus. You can find it here:

I had the pleasure of playing Darker Malleus with its creator as our GM. It's elegantly simply and we were off into the gloom with characters made in only minutes. The mood and setting were perfect. It was incredibly fun and story-based. I can't say enough good things. 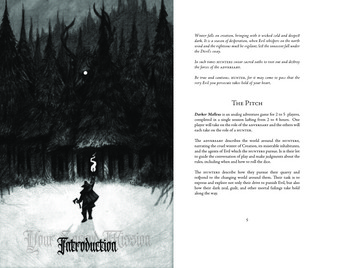 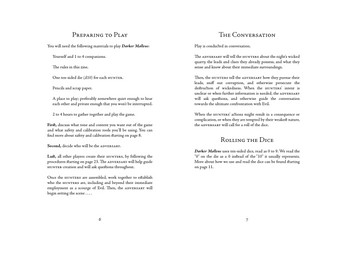 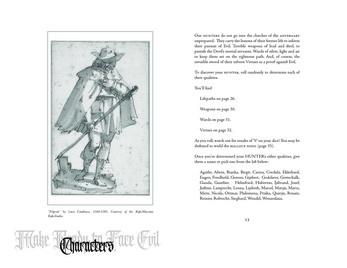 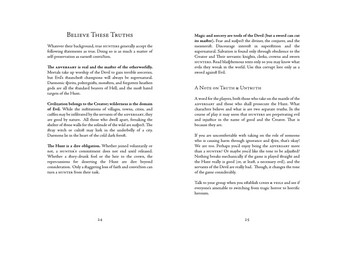